Listen Podcast - a recording from the Fourth Annual Jean Batten Lecture, presented by Des Underwood to the Bay of Plenty Branch of the New Zealand Division of the Royal Aeronautical Society. The venue was the Boeing Room of Classic Flyers NZ Museum. 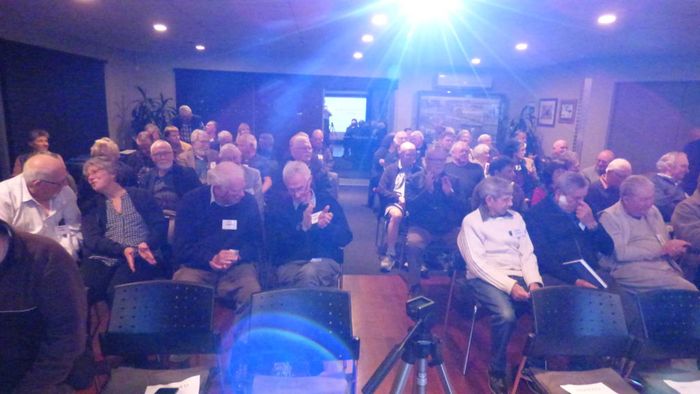 The 2019 Jean Batten Address attracted our largest number with 60 people filling the Boeing Room at Classic Flyers. The meeting was chaired by Jack Best JP who introduced the Mayor of Tauranga, Greg Brownless and acknowledged the support of Andrew Gormlie, CEO Classic Flyers for his support of the Branch toreach50 members in four years since its establishment.

The Chairman introduced the speaker Des Underwood, MRAeS and his topic: ‘The World of Sgt James Ward VC’who he noted was the first New Zealand VC recipient inWW2.He also noted Jimmy Ward’s biography ‘Courage Aflame’,which the speaker had contributed to, would be on sale after the address. 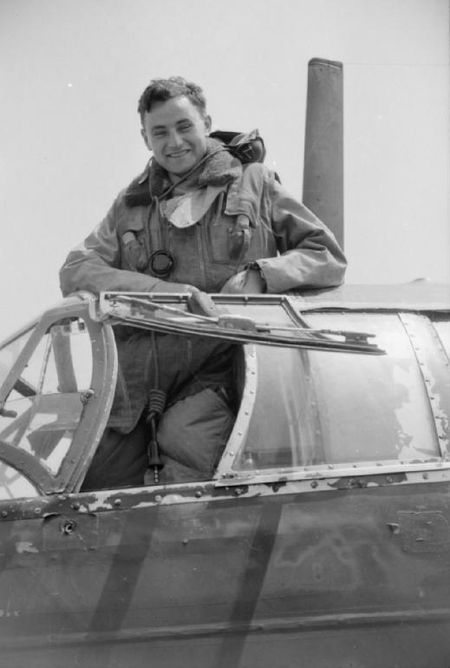 The speaker introduced Sergeant Pilot James Ward VC RNZAF who was born in Wanganui 100 years ago, and noted the several names he had been given, including his nickname Jimmy.

In opening his address,the speaker said he wished to dedicate it to the crews RAF Bomber Command of WW2. After noting it was 100 years since Jimmy Ward was born in Wanganui, he outlined his progress until he became a member of No3A Pilots Training Course with the RNZAF in 1940 and his secondment to the UK for war service with the RAF.

The address traced the RNZAF development to train NZ pilots and the gif tof Wellington Bombers,on order for NZ,for service with the RAF. The history of 75(NZ) Squadron RAF and how it fitted in Bomber Command preceded a back ground on the Wellington bomber which Jimmy and some of his course mates were assigned.

The speaker described the gruelling conditions on the wing of the Wellington bomber where Jimmy Wardmade his gallant action which ledto his VC,aDFC for his captain Squadron Leader Ben Widdows on and a DFM to rear gunner Sgt Alan Box. After the address, Graham Box introduced him self as brother of Alan,and showed a photo album of newspaper cuttings and photos of his older brother.

The address was concluded with a vote of thanks by the Chair who invited those present to view the exhibit on 75 Squadron RNZAF which,he said,included a section on Jimmy Ward and a replica VC as part of his medals. The raffle first prize, acopy of ‘Courage Aflame’, was won by Bruce Chapman. The Branch is grateful for the ANZAC biscuits for the light supper, baked by the chef from the Avgas Café courtesy of Classic Flyers.

The Branchis again grateful to Dave Homewood, Branch Member from Cambridge,who recorded the address and posted it as three videos on the Wings Over NZ Show-No 205, as follows:

Here are the videos that Des tried to screen and sadly had technical difficulties with: